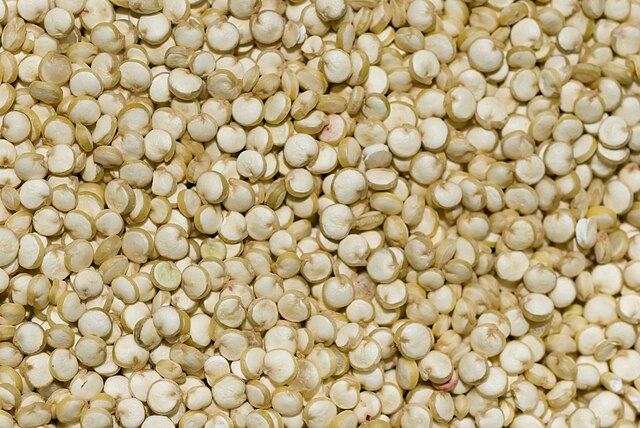 As optimisation (and seo) are on my mind at the moment, it was nice to see an article on the fears of populism in the age of search engine optimisation by Guardian readers editor Chris Elliott.

Serendipitous as it was, it was also a little frustrating. Essentially the article (in a stereotype busting style for the Guardian) is about an article about quinoa – Can vegans stomach the unpalatable truth about quinoa?

With a headline like that, you can imagine that it generated a good deal of controversy. But Elliott used it to highlight another point:

Notwithstanding the controversy, the article generated a massive amount of traffic through the Guardian’s website. On the whole, generating traffic, like selling newspapers, is crucial. But in the last six months three colleagues have written or spoken to me to express concern that the entirely reasonable desire to attract people to the site may be skewing news and features agendas.

One conflicted colleague said: “There have been occasions recently where stories have been commissioned by editors who have talked about how they hope it will ‘play well’ online – this appears to have been at the very forefront of their mind when commissioning. Certainly this is the prime driver of many online picture galleries. Obviously … we want to be well-read and popular, but it is a slippery slope, and it now appears that in a few cases we are creating stories purely to attract clicks.”

My answer to that would be…“and your so called point would be?”. Doesn’t having a web site that’s built on the strategy of community rather than paywall or another model mean that you can, no, must reflect the audiences interest as well as serve the demand to inform? Hmmm. Maybe that’s why I’m not working at the Guardian.

Thinking about it reminded me of the evidence that Paul Staines (Guido Fawkes) gave Leveson (Vol 1: P170) – I know, I’m just so street!

Mr Staines also stated, in a parallel that he himself has drawn with the former editor of The Sun, Kelvin Mackenzie, that he would run stories that are single sourced if the story was of little consequence, or in keeping with the overall tone of the Guido Fawkes site, namely, that it was gossipy or humorous in nature

I’m sure many at the Guardian would be happy being lumped in with Paul Staines and less with Mackenzie but, in the end, isn’t it great to be able to have parts of your output that make the distinction between news, gossip and comment so clear? Isn’t part of the deal that you are setting a tone for the Guardian?

Anyway, what got me frustrated was not the apparent dissonance that ‘open journalism’ seems to be creating at the Guardian. No, What bugged me was that the article isn’t talking about SEO. It’s talking about Social media optimisation (marketing if you insist).

There isn’t anything in the headline or otherwise that would suggest the classic SEO habits alluded to in the article (it’s more complex than that anyway). It’s link bait to be sure, but community link bait – there to catch humans not machines. Equating popularism with SEO is a little old school and over simplifies the complex dynamic that newspapers manage with their audience online.

Chris Moran, SEO editor at the Guardian has been tweeting about the guardian article:

In a related post “Guardian Mol” Alley Fogg ponders the value of reader interaction and the ‘bottom half of the internet.